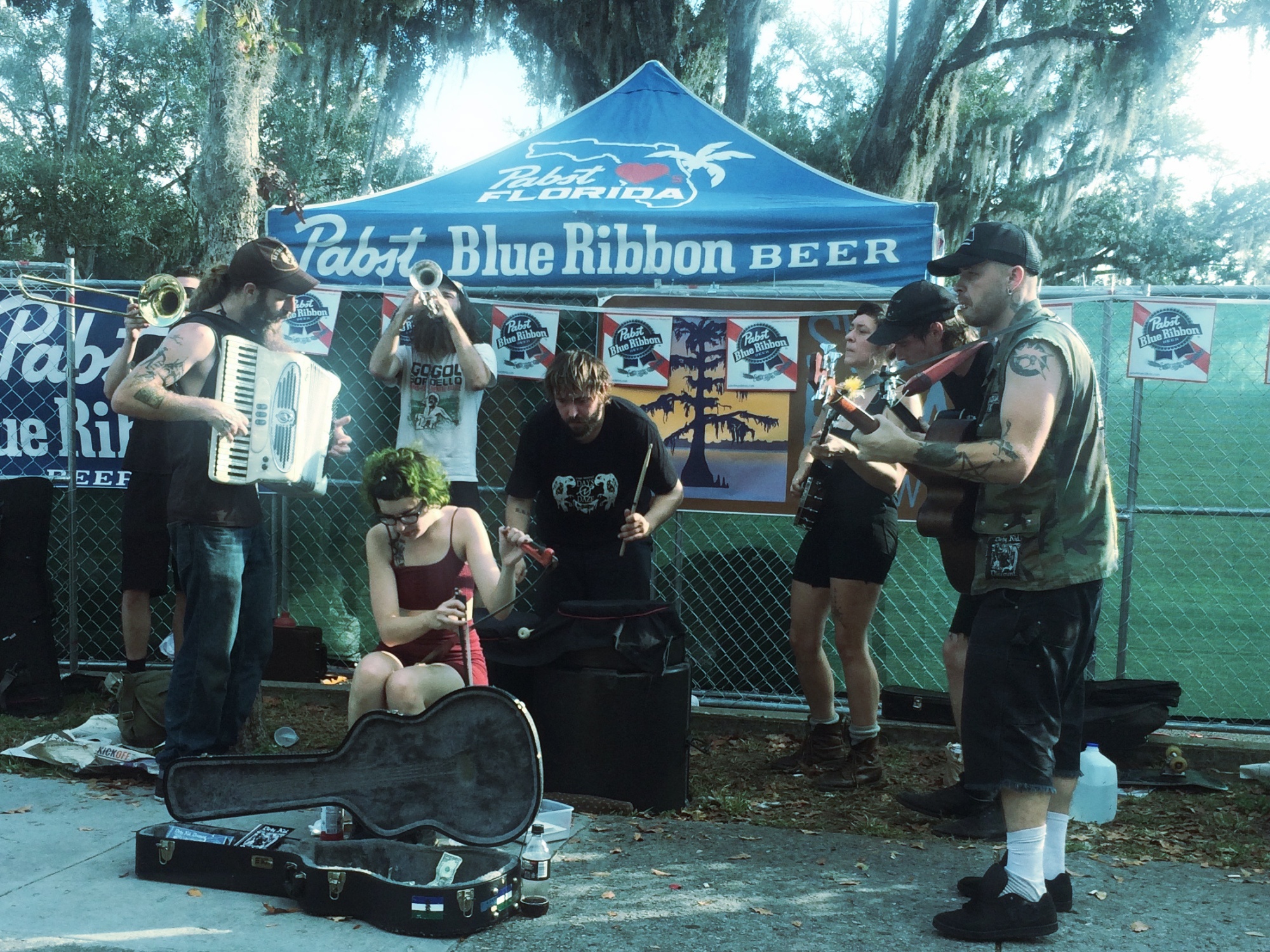 Photos and story by Gabrielle Calise

FEST (n.): A sweaty, PBR-soaked punk music festival that draws fans from around the world to Downtown Gainesville for three chaotic days each year.

Those familiar with Swamp Sounds will remember my post about FEST survival tips last month. It’s now the first week of November; the festival has come and gone, and so did the colorful cast of music fans that traveled great lengths to eat pizza and listen to music.

I spent most of the weekend dancing to a slew of emo bands and shoveling burritos down my throat at Flaco’s, but in between sets and snacks I also did my fair share of people-watching. The fans that came to the festival were as diverse as the 350-plus bands that performed. Therefore, I decided to devote this week’s post to just a few of the unique FEST participants that I came across. 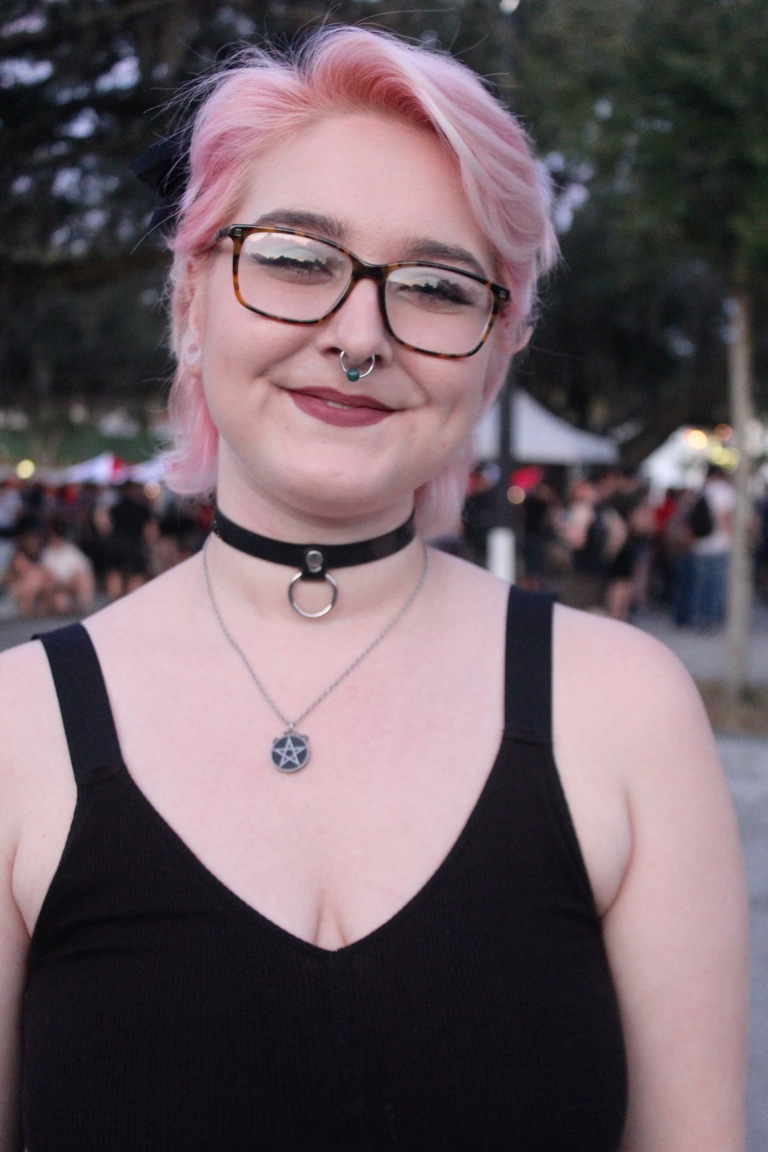 Natalie Nash, a 20-year-old student at the University of Florida, attended FEST for the first time this year. She enjoyed seeing bands such as Foxing, The World is a Beautiful Place and I Am No Longer Afraid to Die, and Jeff Rosenstock.

Nash said that the best part of the festival was getting to spend time with her friends.

“It’s like a big hangout with your friends,” Nash said. “Who’s not down for that?”

Folk-punk band Dirty Kid Discount played a pop-up set outside of Lot 10 on the last day of FEST. Though not officially on the FEST schedule, the group came from Portland, Ore., to busk on the streets of Gainesville during the festival. Their cacophonous sidewalk show blended a number of elements, including banjo, accordion and trombone.

Jimmy Uzzel, the drummer for the band Pompo & The Community College Rejects, decided to get inked at Anthem Tattoo on Friday evening to commemorate his first FEST. His band came from Myrtle Beach, S.C., to perform at Durty Nelly’s on the first night of the festival.

Even though his mother isn’t a huge fan of his body modifications, Uzzel, 18, said that she was the one who gave him the idea for his latest design.

“My mom told me that we all need matching cat-toos,” Uzzel said.

Music fans also had the opportunity to get limited-edition FEST-themed tattoos from a sheet of pre-drawn designs at various parlors around downtown.

FEST on Halloween night is always an interesting experience — On Saturday night I watched bands performing in costume while I stood next to the Stay Puft Marshmallow Man, Wednesday Addams and the couple from Moonrise Kingdom. These flower-headed creatures were found in Pop-A-Top downtown in between sets.

That’s it for FEST 14 and this week’s Swamp Sounds post. As always, I can be reached on Twitter or via email at gcalise@ufl.edu.